The Dredging of Port Hueneme Harbor - PART I

It's been an interesting few weeks walking the shores of Port Hueneme and seeing this whole dredging operation play out. At first I thought, "This must be some kind of environmental nightmare." But I have since come to the opinion that the dredging thing has very little impact on the wildlife, and that the environmental repercussions are only temporary. In fact, as I have observed the seabirds' reaction to it all, it seems they rather enjoy it. 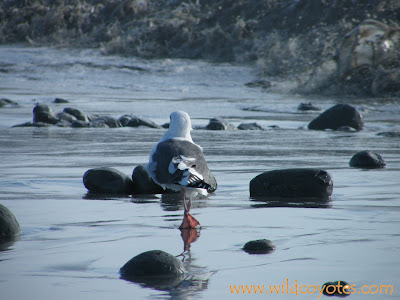 During that week in January when the Santa Ana winds faced down our balmy, offshore breezes, the whole beach was transformed into a desert, which just happened to have an ocean next to it. 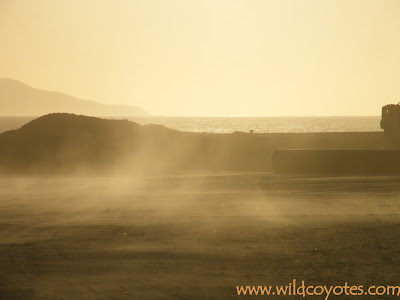 I was walking along the lonely shore, saying outloud to myself, "Where are all the birds?" But as I continued to patrol the beach, I happened upon their gathering place, just beyond the dredge outpouring source. "Of course," I replied to myself, "they're all here at the local swimming hole, where else?" 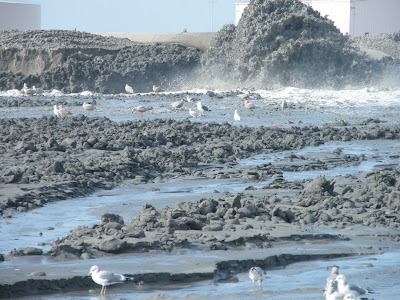 These birds were having a field day, and it almost made me want to don my bathing suit and jump in. (I said, almost.) 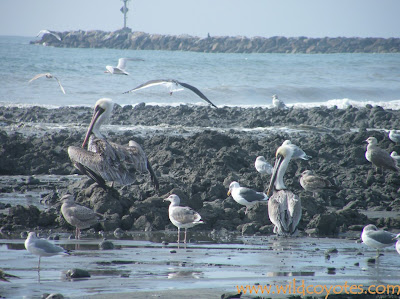 I do wonder what's contained in those oodles of blobs dotting the shore following the siphoning of gobbledygook from the bottom of the harbor through hundreds of feet of metal piping. 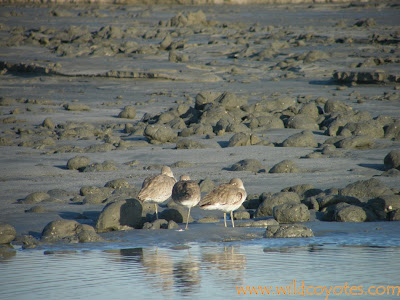 So, I took a closer look by taking this photograph: 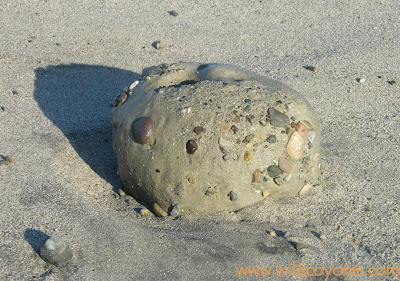 When I step on these things, they squoosh like modeling clay, and if they haven't dried out yet, they slick like oil. It's as if the combined ingredients of nature's seabottom and spews of incoming ships have created some kind of beach cookie dough, a perfectly delectable delight for seabirds. The Western Sandpiper below is apparantly on a diet - a small portion: After a time, these cookie dough blobs eventually dissolve into the sand and become part of the ever-continuing process of earth re-cleansing herself. 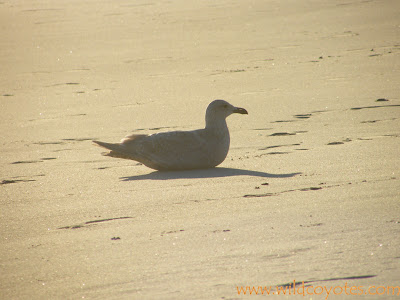 Stay tuned for The Dredging of Port Hueneme Harbor - PART II
Posted by coyotescribe at 9:46 AM No comments: