I jogged to Port Hueneme harbor this morning and saw that the last of the large dredging cylinders were being dragged along the sand and tug-boated out to the harbor. A man working as cylinder overseer told me they were heading off to Ventura Harbor now, and that they wouldn't be back to Port Hueneme for perhaps two years.
Since I was without camera this morning, I decided to go through my photo archive, and choose my favorite dredging photos from the last three months for this final dredging post.
Below is a photo taken in mid-December '08, showing the path of the outpouring. Notice the sand cliff crumbling away in the lower lefthand corner: 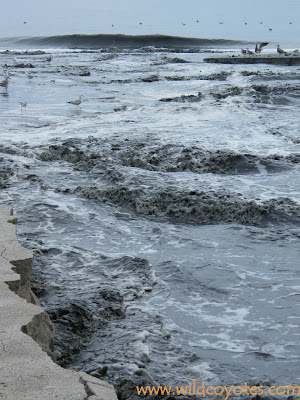 But what was even more interesting was how this young seagull basked in the flowage: 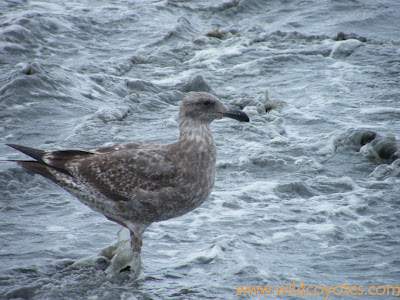 This aftermath photo below (a sort of textural still life) I deemed "dried sludge": 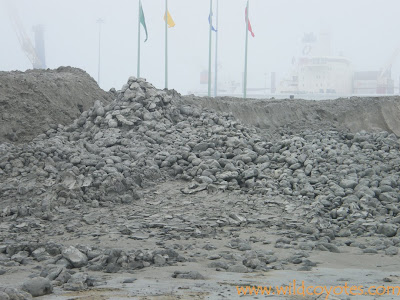 From what I observed upon my daily beach patrols, pelicans in particular enjoyed hanging out near the dredging sites along the beach. 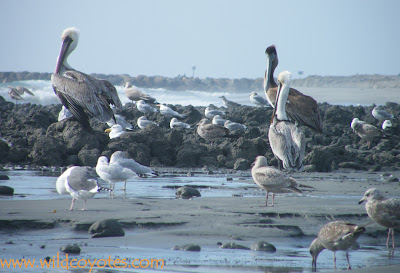 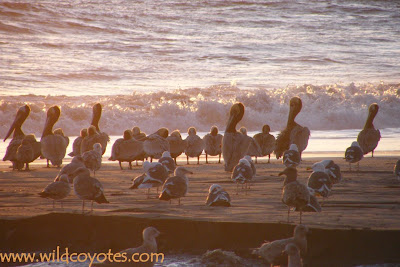 Dredging would take place at different points between the harbor and Port Hueneme Pier, giving Mother Earth time to mend her sandy Hueneme shores. Right after the first of the year, they were close to the harbor, near the lighthouse: 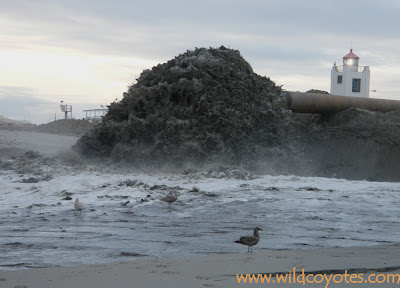 And at the end of the month (January '09) they were close to the pier. Below is a great night shot, with a view of Surfside IV condos in the background: 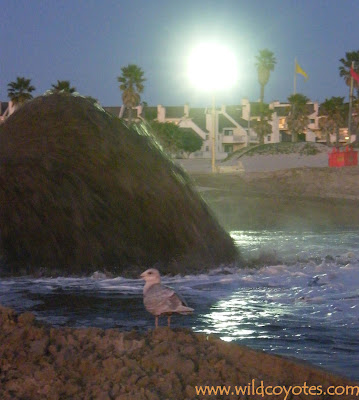 The seagulls liked to play 'chicken' with the big bad bulldozers that were used to push the sand around. 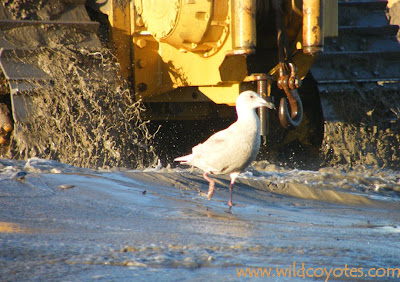 Below you can see the tracks of the bulldozers, as well as an inland perspective on the big spout. 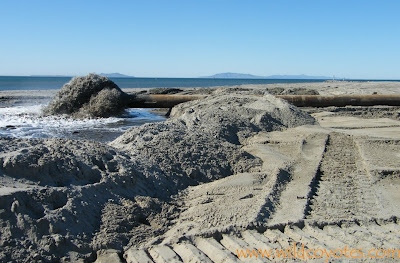 But alas, the dredging party is over, the spouts have all dried up, and summer awaits. 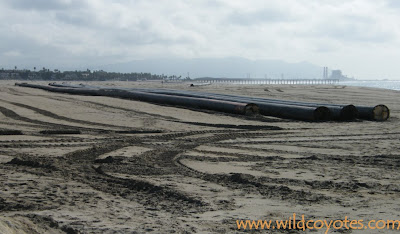 Posted by coyotescribe at 1:07 PM No comments:

An Eagle Rescue in Wisconsin

A great article in February 23, 2009 issue of News From Indian Country about Clarence Daniels, tribal member of Forst County Patawatomi Nation, who in late December last year, had noticed an eagle struggling to get across Highway 55. Mr. Daniels was on his way back from Wausau, Wisconsin. A good story:

The Dangers of Lead to Birds, Waterfowl and Wildlife
By Lori Thomas
Posted by coyotescribe at 10:31 PM No comments: