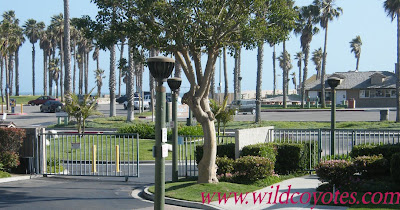 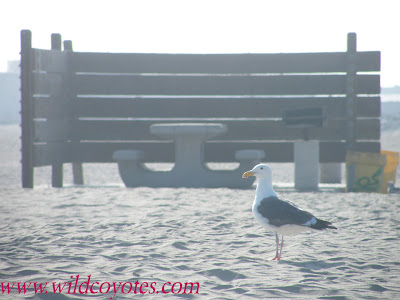 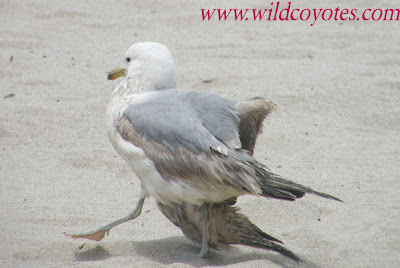 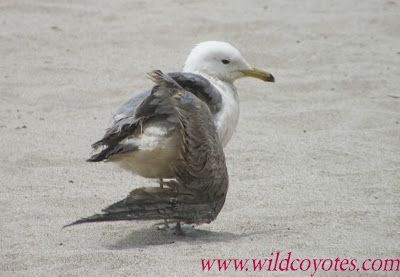 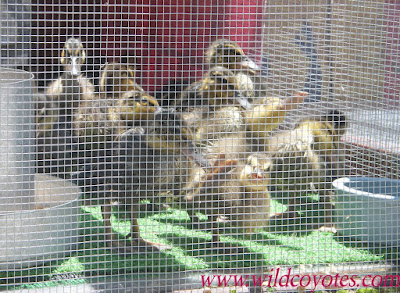 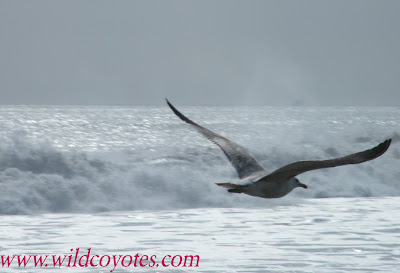 When I strolled out on Port Hueneme beach this afternoon, I saw a continuous stream of black flutters over the ocean... Cormorants flying in formation--hundreds of them! 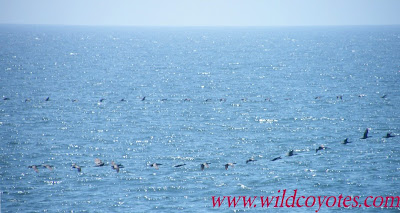 I ran to the end of Port Hueneme pier to try and get a better photograph, between the fishing poles. This was the best my zoom could do on my point-and-shoot camera: 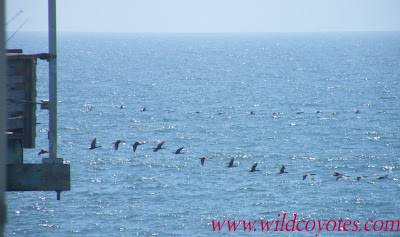 It was wonderful seeing all those Cormorants together like that.

I haven't seen any Western Grebes for about three weeks. I'm sure they have migrated back to their spring/summer lakes by now. The last grebe I saw on shore (the last one I rescued) was on Friday, April 3rd. Here's the little guy's photo: 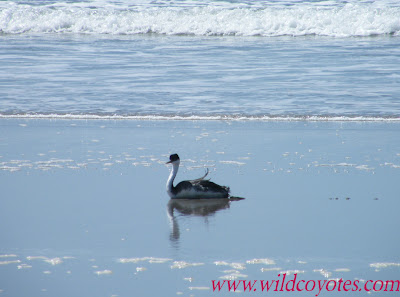 My girlfriend, Judie, was with me that day. She had come for a visit all the way from Colorado. She stood guard by the helpless grebe while I ran back to my condo to get a box. These grebes are not supposed to be on land. They're a pure aquatic bird, and their sternum bones are not well-protected. It is not good for them to be out of the water. 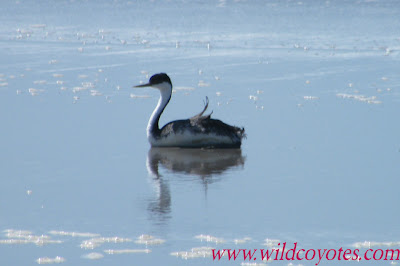 I set him on a donut-cushioned towel, and we drove him up to Carpinteria where we rendezvoused with Connie, a bird rescue person from Santa Barbara Wildlife Care Network. She took him, along with three other seabirds, to June's care facility in Goleta.

After seeing oodles of Cormorants today, I saw quite a few pelicans resting on the sands near Port Hueneme Harbor. 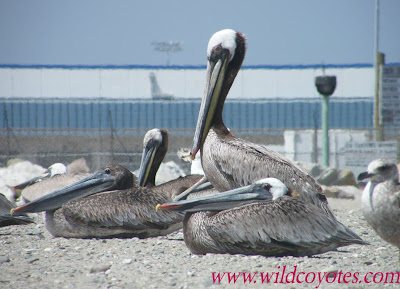 The seagulls accompanied this gal along the sand cliff: 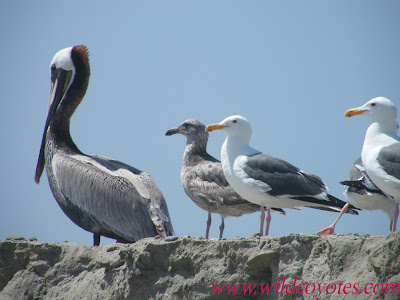 There were lots of seabirds today. More photos to follow... just not enough time tonight. I've got to fly off. Bye for now. 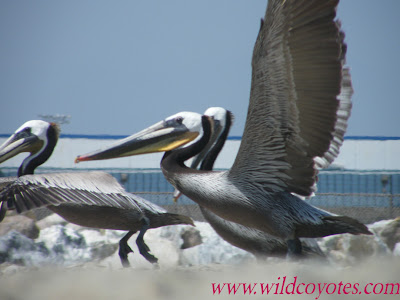 Posted by coyotescribe at 8:40 PM No comments: